Have a laugh !! Funny quotes by witty people 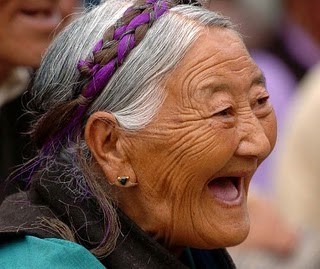 HAVE A GOOD LAUGH, FOLKS !!

Intelligence comes in so many different forms. Humor is, to me, a coping strategy,  intellectually and emotionally. We may laugh at different things but some jokes are practically universal and may say more about man than many sciences. How come that a fart is such great entertainment in all corners of the world? My extensive travelling as a Social Anthropologist has made it possible to drily observe the reactions to this specific  bodily function, ranging from embarassment accompanied by mirth to collapsing with laughter.

Social codes and implicit meanings may have a great impact on what is considered correct to joke about. Still, the unexpected or totally absurd catches us off guard and we globally laugh at serious, frightening things as if our lives depended on it!  And it does...

The Art of Being funny and getting away with it...


"Roses are red, violets are blue, I'm schizophrenic, and so am I.” 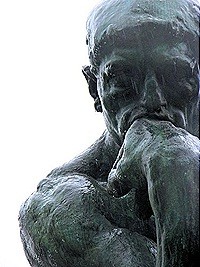 What d o we know?


Ever had any doubts ? The findings of contemporary research elevated to undisputed axioms is a silly notion we share with the history of science in all cultural contexts. Science, as we seem easily to forget, is not an Occidental invention, nor does it by any means start in Classical Greece. The semantics of the word are used dead seriously in tribal cultures on Papua Guinea and in experimental quantum physics in Switzerland. The reason why we call Papuan knowledge cultural belief instead of science are resting on socio economical parameters and ethnocentrism.

The findings, whether in remote selvatic parts far from the capital Lae, Moreobe Region or at the Weizmann Institute of Science, are equally ”true” or ”false” because findings are but interpretations of a hypothesis, a question dependant on the cultural mindset, a set up of culturally understood entities and as such never ...

Why Women are Witches and Men become Heroes 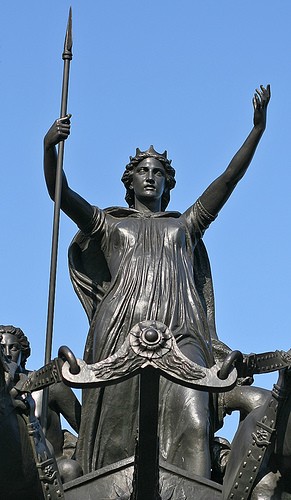 Ruler women in history and why their history is seldom told

I will every now and then return to some of the most daring, fierce and historically important women that my history books omitted or defamed mercilessly. In the last century women of power, (Meir, Gandhi, Butto, Cíxǐ tàihòu, Jiang Qing, Thatcher, inter alia) have either been assasinated or publically defamed often with references to similar personality traits attributed to women who were burned as witches and it is, by no means, a coincidence.

Shortly after her death, Mother Theresa, was scrutinized and found guilty of pride, agressivness, auhtoritarianism, political hidden agendas, a lakey and lobbyist of Papist conservatism in order to preserve female submission, while the the praise from a multiple religious leaders or political parties was endless while she was still alive. She was hated and feared by the high and mighty, even of her own faith. Her obvious indifference to multireligious dogma and inhuman cultural traditions may be a reason why she isn´t canonized, despite popular demand after her death.

In collective oriented societies the Capital Punishment by stoning to death existed long before the formal Lex Talionis, (An Eye for an Eye), was expressed in the Torah. The individual who endangered the normative reproduction pattern and thus threatening the clan, the tribe, the family or inter related group by deviation in forms of conscious and deliberate individualism was conceived as an anomaly to instantly abort.

We have every reason to believe that this sinister canon (popular heredity law) already was implemented long before 5000 years B.C. when the world was believed to have been created according to Genesis in the Old Testament. Perpetual revenge, blood feuds and vendettas stretching over centuries are still part of formerly nomad or transhumance cultures currently in the Balkan (Albania, Greece inter alia) to Sicily and Italy and in less severe forms on the Iberian Peninsula and all former colonies. Crossing the Mediterranean to North Africa this instrument to uphold traditional patterns are paramount, but for somewhat different reasons.

In a biologically poor habitat with severe living and survival conditions the concept of the capital punishment may be seen from a functional perspective. One single...

Egypt, myth and reality: an analyzis of hidden agendas. 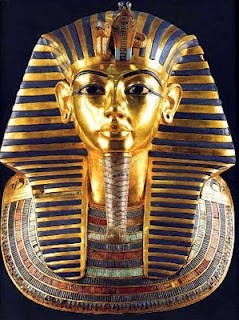 I have seen so many ignorant comments on and speculations regarding Egypt currently to last me a lifetime. People tend to disregard that Egypt is a heterogeneous and demographically complex region, a fact that seems to totally escape most of us who have a history of a millennium to gradually develop democratic systems to varying degrees and efficiency. Egypt has existed as a physical and symbolic power for 7000 years. The different modes of governing have continuously been executed by autocrats, theocrats or military juntas. The power has in reality been in the hands of some twenty prominent families ranging from the Pharaonic and or Ptolemaic dynasties to present day military oligarchs and it still is, thus conserving a continuum upheld during Egypt´s entire history.

The naiveté of many of us to believe in the potential for in an instant change to a system governed by human rights, an even distribution of wealth and a benevolent bridging over the immense differences in the socio economical modes of living, from the illiterate and poverty stricken rural areas, the enormous shanty towns of Cairo and Alexandria to the highly educated and sophisticated religious and secular elite at famous universities, mosques,residing in houses or apartments overlooking the Nile or the Alexandrian delta, is overwhelming. Egypt, in spite of being one of the world´s oldest agricultural regions, cannot support the population since long before the downfall of king Faruk and the Nasser Era to contemporary Egypt and relies heavily on continous import for the daily bread in a fatal dependancy on the exterior.