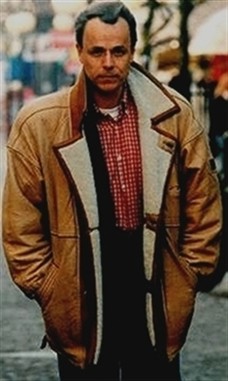 Somehow I feel a discomfort with the obvious fact that ”Happy Christmas” in American English is politically incorrect since long in official circumstances. In Swedish we will say ” God Jul”, which has no Christian connotation at all, so the problem is solved. Christianity has been under ferocious attack in Sweden (by our own intelligetia) for decades. Christianity is regarded as unhealthy and possibly dangerous superstition, being ”the opiate of the masses” (Karl Marx) in the most secular nation in the world.


Simultaneously the media and educative agents are ordering everybody to carefully study other religions, to enfathom other creeds with dignity and tolerance. Sweden, because of a long lasting generous refugee policy, and rightfully so, has a large population of Muslim refugee immigrants or of other creeds. The polarization between the native Swedes and the orthodox of other religious set ups has become intense. Our normative mindset with regards to Sharía or any other religious law is characterized by what we pereceive as rational, tolerable or irrational but when it comes to our own religious heritage, believers, or not, all hell breaks loose.

Suggestions of aborting crosses or any other Christian symbols and artwork in our churches have been launched repeatedly so that noone will feel offended and free to use the millenia old temples disregarding creed.

The festive end of school semesters usually are held in ceremonial forms in our churches but the clergy has been ordered not to utter or hint at anything associated with Christendom. The old hymns cannot be sung and blessings will remain extinct because of the stigma they may cause in the defenseless and impressionable children.

While television is focusing endless hours of informative and well produced documentaries on ”foreign” cultural history, philosophy and religion to collectively enlight us of different existential ideologies and forms of perceiving life and the human condition, Christianity is being ignored. Despite that Christian dogma or values are very much alive in our Civil Law without us having any idea, it is regarded as a pestilence of Mediveal proportions if referred to in any given context. Why are we scared witless by the mild carpenter from Nazareth who asked of us "To turn your other cheek" or "Give your cloak to the pauper" ?

We know more about Ramadan and Eid Al- Fitr, (Bairam) than why we are celebrating Christmas Day. Would it be offensive if we had some insight in the significance or the meaning of all? The important Holy Days of no matter what ethnic or religio - cultural context to a reasonable degree?

Am I a Xenophobe? Of course not !! I have dedicated my life to try to be a bridgebuilder between different cultures, to combat ethnic discrimination and promote tolerance working explicity with refugees in many faceted circumstances and conditions at home and abroad.

Now I am confused. Does our tolerance not apply to Christendom ? Why ? Are we insulting our next if we know a little something about our own history and cultural roots, no matter how secular we are?

By stripping ourselves of our identity and historical roots we will became scared and confused and fear leads to hostility and aggression. With the roots solidly and firm in the ground the branches may coexist in all shapes and colors.

Christ, in the State of the Art ultra developed secular society is a menace, a subversive element who may contaminate our ratio, our sober scientifically molded cosmology which governs us and leaves no room for extraterrestial dimensions or saints with obvious personality disorders . Heaven help us all !!!