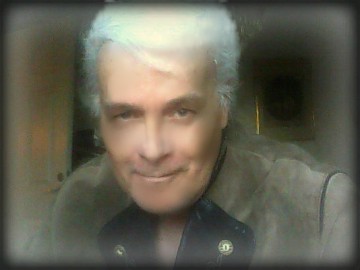 The Exhausting State of Alarm

The impact on cerebral functions such as the Amigdala, the Hippocampus, the Central Neurological functions and the chaotic dysfunctions of signal substances in addition to a decrease in the neurogenesis, are becoming gradually monitored and understood with increasing adequacy.

The more or less permanent excited and hypotyme state of mind does, however, no longer occur in a obvious dramatical context only, but as a rapidly growing ailement among entire populations, believed to live in the best of worlds, with no obvious lack of the provisions regarded as markers of  protected and secure living conditions in suburban bliss or guarded compounds.

The markers, however, lack in relevance and adequacy: Somehow we seem to have missed the social skills to develop and maintain meaningsfull interaction, emotionally and economically, with a development of fragile social networks, ever changing family patterns or places of residence and with an escape into the cyber worlds which alienates us and at a contextual speed which triggers off stress hormones and desensitisize adrenaline and other transmittor substances in defense of our mental and physical health and survival.

The increasing tendency to medicate children with antidepressants and tranquilizers or label every fourth child with ADHD and planning a life long medication is a scaring reality because we are dealing with a generation growing up dependent on substances others than their own biological repertoire and God only knows where it all with end.

Who, as a parent, are you dealing with ? Your "authentic" child or a chemically manipulated child and what repercussions does it have on fostering techniques, parenthood and social interaction? Who are we nurturing, educating and love? Do we know?

The hypertension caused by all the worlds descending upon us, adults and children alike, slowly turns us into chaos pilots and everday life into a challenge to be compared to life threatening situations, whether we are curling and paving our children to achieve and deliver in almost every possible field at school and on the meticuously planned after school activities ranging from ballet, football, chessclubs, It-tournaments, debate clubs and God knows what else in order to the show excellence in a world which frankly does not care and where most individuals are regarded as a burden who reluctantly must be given some sort of space for a dictated quality of life.

The non-productive section which is rapidly growing to enormous proportions in the stampeeding global middle-class would contribute immensly to ”society” by dying at sixty and make no fuss about it. The health care, whether financed by taxes or private insurances, is totally at loss when it comes to a perspective where two thirds of the national population are age pensionsists whether the retirement has been moved to seventy, or not.

A financial collapse of the domineering economical systems or a pandemic, methods nature historically always has equiliberated imbalances with, may be the only solution. We, obviously, are not mature enough to take any responsibility for a future, as so flagrantly shown in the recent Warsaw Climate Conference, which could have resulted in a flicker of hope and with synergetic effects on financial systems. We have proved with abundance that knowledge and insights do not prevent us from committing collective suicide. I do believe, that the extremely indivualist oriented socities, governed by Consumism (the more single households, the better: each household will need a lot of commodities) already has had a fatal impact on our ability or willingness to participate collectively in anything but activities to become a celebrity without any talent.

Well, I believe that this sunny outlook on the future has been shared by grumpy old men and women since the beginning of times. Life will continue, no matter how absurd the conditions. But I am not sure if we will be the crown of the creation or the cockroaches...